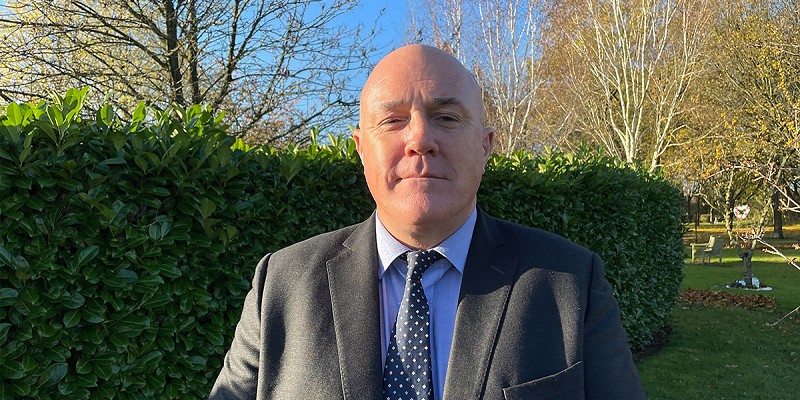 Steve Glen has been appointed Head of Central Operations at Westerleigh Group, providing a strong link between the company’s senior leadership team and its individual crematoria teams across the UK.

He will oversee group and site projects, ensuring they are implemented in a timely and efficient manner, meeting all their objectives.

Westerleigh Group is the UK’s largest owner and operator of crematoria and cemeteries, with 35 sites in England, Scotland and Wales, all set within beautifully-landscaped gardens of remembrance which provide pleasant, peaceful places for people to visit and reflect.

Steve joined the organisation in December 2015, having previously been a police officer with Merseyside Police.

He trained at Vale Royal Crematorium before moving to West Lancashire Crematorium in January 2016 as a Cremator Technician. He became site manager just over a year later.

He said: “I have been fortunate enough to be supported by a fantastic team.

“Having served as a police officer for many years, I developed a certain set of transferable skills, meeting people in all sorts of varying situations, in both positive and unfortunate circumstances.

“On researching a career in the bereavement sector, I believed those skills were ideally transferable and could be put to excellent use, and I found the transfer of careers very smooth.

“From day one, I discovered Westerleigh Group has a genuine belief in providing exceptional care, and this has not changed as the group has continued to grow.
“I felt extremely proud when I was offered the position of Head of Central Operations. It was a culmination of nearly six busy, but immensely enjoyable, years of hard work.

“I feel very grateful to all my colleagues, both within Westerleigh Group and among its external partners, who have supported me throughout my career.

“I’m looking forward to the opportunity to further develop, having managed a crematorium, and to utilise the experience I have gained in order to assist colleagues at site level.

“Westerleigh Group is going through continual change to ensure it remains a leader in caring for the bereaved, offering exceptional and unique services to them. I expect my new role to be extremely busy but as equally satisfying.”