23 May 2018 by West Lancashire Crematorium 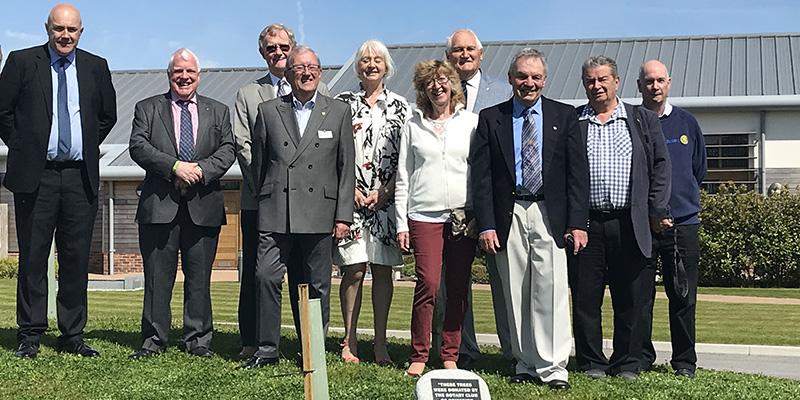 On Tuesday 14th May seven members of the Rotary Club of Ormskirk plus the Assistant District Governor visited West Lancashire Crematorium to officially present sixty trees which have been donated by them in association with the Woodland Trust. The idea came about following a tour of the crematorium by the Rotary Club earlier in the year. The Club President Roger Forster said that he was delighted to have been able to work with The Crematorium Manager Steve Glen in finding such a wonderful location for these trees which in time will become a magnificent Avenue of Oaks. During the Ceremony a Boulder was unveiled which will serve as a reminder of the planting date for many years to come. The grounds looked magnificent in the warm sunshine, a testament to Steve and his team. After the ceremony Rotarians present said how pleased they were that the Crematorium had opened in their area saving many families the much longer journey to Southport 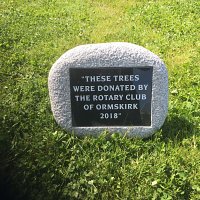